Families enlarged horizontally and natural children, as life changes today, VIPs and ordinary people: the Woods always fights for everyone and without sparing 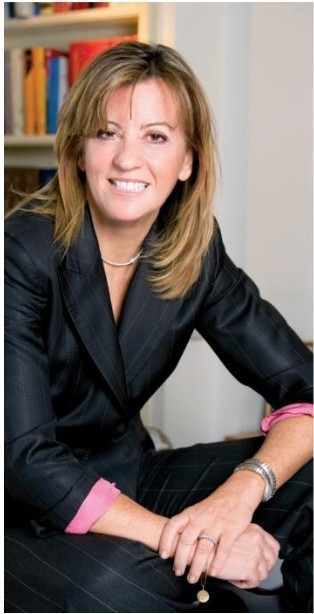 There is a new and not always cheerful air that pulls today in the field of separations.
The announcement of an ISTAT report that captures an effect of shared custody: the poorest after a farewell would be women, of which one in four in the first two years after the event is at risk of poverty or “deprivation” (one in six of the men).

In short, the radical and often sudden change in their family condition generates effects “relevant to their economic condition” and the more at risk of hardship are women who paid rent, but also those who had the dwelling in use or in use and who did not have a job or who were employed part-time.

The lawyer Adriana Boscagli, one of the most appreciated professionals of the forum in Italy, known since the battles for the affirmation of Mac Donald’s in Italy in the early nineties and more recently protagonist of egregious legal battles, such as that between the Knight Giuseppe Gazzoni Frascara and Katherine Price.

Also famous for reaching agreements between the heirs of Carlo Caracciolo of Melito and the peace made for the hereditary division of the Mondadori brothers, the lawyer is among the most experienced civilists in family law, inheritances and intellectual property protection and has not coincideously focused his attention also in the protection of the rights of children or the rights of children for which he fights without sparing.

Attorney of VIP divorces, but also of many ordinary people, who support not only as legal, but also as a coach, Boscagli is aware that in recent years the concept of family has changed: the phenomenon of the extended family horizontally has emerged, that is, composed of several nuclei that intertwine with second/third marriages or livelihoods.

The latest regulatory developments have then brought down the complex residual of natural children, who with greater energy and less discomfort seek the natural parent and claim the rights related to their status. Cases of disreavought and recognition of paternity and actions to reassemble the hereditary axis are becoming more frequent.

In an ever-changing landscape such as the one outlined, the lawyer Boscagli has been able to accompany the experience in the field, an extensive preparation in civil law and in the procedural law for the conduct of the trial and to always keep in the foreground the possibility of reaching a wise reasonable settlement agreement that necessarily Coptic different fields of law.

An example: the resolution of a judgment involving a complex hereditary axis may involve the distribution of shares in the stock exchange, the management of contracts, the comparison with trusts or foundations, the search for legitimate coerdes in every part of the world, the occurrence of unrecognized children.

With a well-established experience of private international law, with which he addresses the issues related to unions between people of different nationalities, more and more frequent in a world that knows no more boundaries, the dynamic professional of the forum is convinced in short that the lawyer should never be found unprepared and that he should never lose the humility of the study , learn and listen. These skills must go hand in hand with curiosity and passion for their work and an essential sense of justice.

Avv. Adriana Boscagli, Referee at the Order of Lawyers of Rome

This site uses cookies to improve the browsing experience of users and to collect information on the use of the site. By continuing to browse, you accept the use of cookies; otherwise it is possible to leave the site.

We may request cookies to be set on your device. We use cookies to let us know when you visit our websites, how you interact with us, to enrich your user experience, and to customize your relationship with our website.

Click on the different category headings to find out more. You can also change some of your preferences. Note that blocking some types of cookies may impact your experience on our websites and the services we are able to offer.

These cookies are strictly necessary to provide you with services available through our website and to use some of its features.

Because these cookies are strictly necessary to deliver the website, you cannot refuse them without impacting how our site functions. You can block or delete them by changing your browser settings and force blocking all cookies on this website.

These cookies collect information that is used either in aggregate form to help us understand how our website is being used or how effective our marketing campaigns are, or to help us customize our website and application for you in order to enhance your experience.

If you do not want that we track your visist to our site you can disable tracking in your browser here:

We also use different external services like Google Webfonts, Google Maps and external Video providers. Since these providers may collect personal data like your IP address we allow you to block them here. Please be aware that this might heavily reduce the functionality and appearance of our site. Changes will take effect once you reload the page.